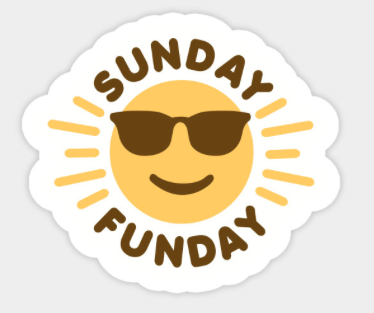 Looking at the leaderboard heading into the final round of the Charles Schawb Sunday, its looking to be a good one.  With 20 guys within 5 shots of Xander’s lead, it’s really anyone’s tournament.  The great thing about what we’re seeing with the leaderboard at its current status is there are a lot of names the PGA fans are not used to seeing at the top and it’s an interesting time to see it happening coming out of the COVID break.  With all the talk of a new normal, is this a new normal in golf? Not sure, however, it’s great to see guys like Collin Marikawa, Corey Conners, J.T. Poston, and Branden Grace in contention, but they are certainly going to have their handsfull to outdo A LOT of big names in the mix floating within a few shots of Schauffele’s one stroke lead.

One of the big questions coming into the week was the 91 days off the players had from any competitive tournament golf, which I think the question has been answered that it hasn’t had much of an effect.  in fact, I would argue it may have been a blessing in disguise, especially for Jordan Speith, who my counterpart Steve so eloquently wrote on his resurgence yesterday. The kid is back, end of story.

Below are the tee times for the Sunday pairings with the guys that have a legit shot at the win.  Granted, I wouldn’t completely rule out the slew of guys at 7 under seeing as there have been some sporadic, RIDICULOUSLY low scores that have been posted this week, but the 7 under squad guys are going to have to put on a clinic to make a run.

I don’t know about you but some of those names are getting me pumped! Real competition is finally back and this one should come down to the wire. Honestly, we couldn’t have asked for much more.

I called it in my post on Wednesday before the tournament that I had Dechambeau taking home the trophy, and I have to stick to that at this point. Bryson has been dropping BOMBS all week and it’s not unreasonable to see him have a day tomorrow and post a low round, 64 maybe? 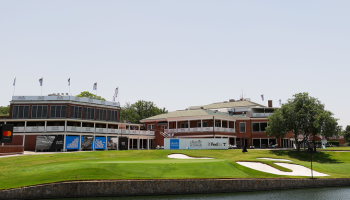 After a 91-day (I dare you to fact-check me) hiatus, the 2019-20 PGA Tour season is resuming this week with the Charles Schwab Challenge at Colonial Golf Course is Fort Worth, Texas. 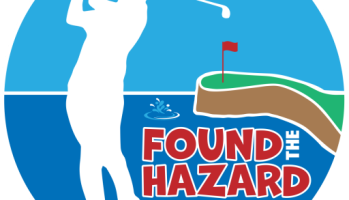 Welcome to Found The Hazard

Golf is awesome. I love the game. I also spend a large majority of my time on the course hating the game as well. It’s probably the most frustrating sport/hobby/activity you can do. Whether you’re a professional, played in college, a weekend warrior, a sub-10 handicap (like two of our… 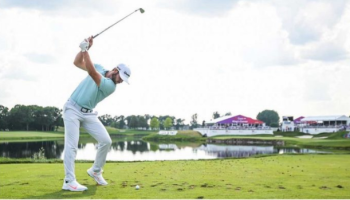 The boys over at Found the Hazard have been really interested as of late in a lot of the young guns breaking onto the tour. Particularly due to the fact that these dudes have MADD skills! It’s sort of a peculiar time on tour right now because so many of the big time, super…