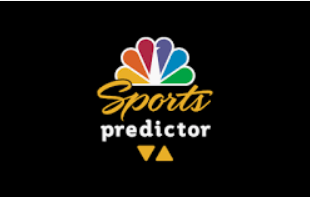 Hey Everyone, it’s once again that time of the week to throw in the picks for your chance at a piece of the $50,000 prize. If you haven’t downloaded the app yet, heres where to find it.

I finished last week with 65 pts, which isn’t too shabby and was 10 points off from being in the money, so chances are if you went with my picks in general and picked the winner and final score better than I did, you may have won some money. So if you did, good job.

There are some reallllllly good matchups this week, so lets get to it.

Both of these guys put in a really strong effort last week at the Charles Schwab and I expect to see it again this week. Rory McIlroy is once again one of the favored guys to win this week, but after a strong start in the CSC at Colonial, he seemed to have lost some steam after posting that strong 63 in round two following up with consecutive scores in rounds 3 and 4 finishing in at 69 and 74 respectively.

Justin Thomas on the other hand had a consistent week at Colonial putting himself in a great position to make a run going into the final round. Ultimately, his final round didn’t come with the consistency he had hoped posting a +1 score of 71 landing him in a tie for 10th. Even though he didn’t show one of his strongest finishes last week, he still had a great week and I expect it to continue into the Heritage this week.

I’m taking JT on this one, but I don’t expect Rory to finish far behind.

If you’re gonna push it, do it with class. I expect nothing less this week. Get it JT!

Another tough one to call! Prior to last week I would have gone with Bryson all day since he’s just been rock solid since the start of the 2019 season and has shown no signs of slowing down. Not to mention the dude took the COVID 15 to heart and decided to be a hero and add another 45 LB’s to that. But HEY whatever works, if I could jam a few cheeseburgers down my gullet and average 343 yards per drive I’d be all for it, however, thats not reality, but for this guy it is. What even is 2020?

Even with all that said. I have to pick Jordan here, he was fire last week and we all witnessed what I believe to be a resurgence. He may have finished with a round 4 score of 71 and is still ranked 55 in the world, but I’m willing to bet some coin Jordan is gonna turn on the game and bring us back to 2015-17? I don’t know about you but I’m all set watching Jordan ride the struggle bus. He’s too good and it can’t go on, and from what I saw last week, It won’t go on. It can’t, it’s not sustainable! I’m ready for the Jordan Speith we saw lighting up the highlight reels as world #1.

Let me make this clear. I will never pick Jon Rahm. So, just to make sure I am being clear, going forward, every time Jon Rahm is in these match-ups, the default pick is the other guy. There is nothing worse than this guys display of bitchness week in and week out on national TV. It just makes him so easy to hate.

Xander all day on this match, and not to mention he played like a rock star at Colonial last week holding the lead going into round 4. This ones a lock. not even sure why they need to play.

*Note* As Daniel Tosh would says, “J.O.N, the dumbest of all John’s”. Sorry if you spell your name Jon. You should probably go ahead and fix that.

If this was the 2019 season, I’d say this would be a great one to call, however, Dustin Johnson as of late hasn’t shown us anything to prove he’s out there to win. After missing the cut last week at Colonial and not having posted a top 10 finish since January, I don’t have too much confidence that he can out perform Rose this weekend who’s coming off that fresh 3rd place finish at Colonial. I actually think this one’s an easy call. I’ll take the Olympic gold medalist for 1,000 Alex.

After my fellow writer Steve’s lambasting of Patrick Reed, I still have to take him here. He had a strong weekend at Colonial last weekend finishing 7th and quite honestly, Brooks has been unimpressive in 2020 to say the least (Aside from his stash…). Ill be more interested in Brooks once the next Major drops, but until then don’t call me. Reed’s got the edge here.

So, I’ll take the criticism from my “Who?!” comment last week about Morikawa. This kid can straight up play. I have some suspicious that we will begin to see this 23 year old in the mix on Sunday’s more and more as we move forward. Don’t get me wrong, I’ve always liked Webb. He just puts his head down and plays golf, nothing to dislike about the guy. While he has shown glimmers of greatness in the past, it just never really seemed to pan out for him long term and it’s time for him to move to the side and let the young guns give it a shot. Collin for the win!

The final Match of the week is an interesting one. It’s not often you see Matt Kuchar in these lists, and I’m more confused at why Luke Donald is here? At least Kuch finished last year at the RBC in 2nd place, which gives him some weight to see if he can come out and rip up Harbour Town a year later and press for the win? But Luke? Dude hasn’t been relevant, umm … ever? Kuchhhhhhhhhhhhhhhhhh!

I’ll let you all pick the winner. I mean, its not fun if we all just picked the same exact cards! I know who I’m going for, might even toss a $100 on him as a little side bet, who knows. Good luck ya’ll! Enjoy lovely Harbour Town!

As I’m sure many of you already know, there’s this app by NBC called “Predictor”.  If you aren’t aware of it, get on it! Its basically a way to gamble without actually having to pay the poor tax (That’s the lottery for all you non-degenerates out there) and there is…

Predictor Matchups for the Rocket Mortgage Classic are in!

YES! I love making picks to watch them fizzle out by Thursday at 3pm, eastern time of course. Let's try playing the odds a little this week. Hell, theres a few tempting wagers to be had looking at these odds below. Lets get to it! Match 1: Webb Simpson (11-1)…