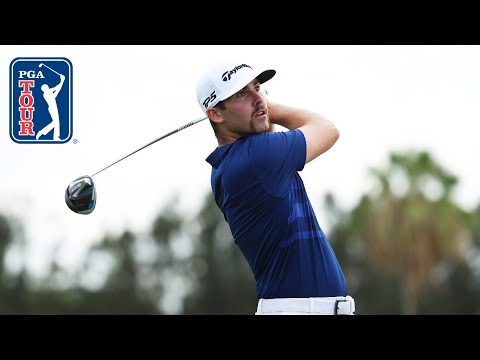 The boys over at Found the Hazard have been really interested as of late in a lot of the young guns breaking onto the tour. Particularly due to the fact that these dudes have MADD skills! It’s sort of a peculiar time on tour right now because so many of the big time, super star guys we are used to watching dominate every week are getting older and are either just not playing in as many tournaments or really just don’t have the pop they once did.  So, naturally, that leaves a lot of room for some new names to start popping up, and it’s time they start getting noticed.

This week, the first highlight guy is Matthew Wolff, a true PGA Tour young gun.  While his name is becoming more of a household name for those of us that follow the PGA tour, I’m sure there are alot of people who really don’t get how good he is. Don’t worry though, we should expect to see a lot more of him in the coming years.

The 21 year old former Oklahoma State Cowboy won the individual NCAA title in 2019 joining our boy Bryson DeChambeau who won it back in 2015. It’s amazing to think a guy can come straight out of college and 2 months later win your first PGA Tour event. Unbelievable, COLD AS ICE! Wolff, who has in my opinion, has one of the best swings on tour, which is capped off with that signature quick twitch is just awesome to watch. It’s just so unconventional and according to Wolff, he mimicked his baseball swing which for most DOES NOT WORK, but hey! It gives all of us who have picked up habits from their past sports day and don’t have the “perfect swing” some hope and the guts to tell the people who think you should change it to F**K Off.

At 21 years old we would expect him to not be as consistent as some of the bigger names on tour, but his ability to keep a straight head after having a bad week and perform is something you don’t always find in young guys *cough* Jon Rahm *cough*.

After coming off a 2nd place finish last week at the Rocket Mortgage Classic, it will be interesting to see if he keeps that great play up(I probably wouldn’t after just winning $817,500, I’d probably be dead).

Even though he had a rough Sunday last weekend, which honestly could have been attributed to his inexperience, he really was in command all weekend and maybe that’s an something he needed this early on in his career.

It didn’t stop him the first three days though, check out his highlights from his 3rd round 64 last week. Rock Solid

Can’t wait to see more of this kid this weekend. Lets see if he keeps it going.

Time to make a name for yourself bruh… GET IT!